More often than not it’s the rain that cleans your photovoltaic panels. Rain can clean photovoltaic panels, but it doesn’t always clear away all the dust and dirt which restrict the active surface. This is when you have to step in to wash and maintain your system.

Photovoltaic and solar panels in agricultural, desert and rural areas need to be washed more frequently. Leaves, pollen and bird droppings can all accumulate and reduce panel efficiency. The bottom module or the collector structure are the first to be affected by accumulations of algae and moss which, in turn, trap atmospheric dust, using it as a growth medium. Leaves especially can cause disruption to performance levels due to their size.

First and foremost, you need to know that a dirty solar panel can lose up to 30% of its energy production.  Don’t forget either, that the cost of cleaning is nothing compared to the loss of energy performance of your system.

The majority of cases require only demineralised water, sprayed through long carbon fibre rods. Avoid using chemical agents which could damage the glass or the surrounding structure as far as possible. An ordinary household window cleaning detergent is fine. Remember to use a soft cloth which won’t leave smudges, and avoid using sponges or abrasive cloths which could scratch the photovoltaic panel glass and reduce efficiency.

It’s a different matter if you have to clean a very large system in the shortest possible time and reduce costs, too.

The only solution is to use professional cleaning machines for photovoltaic panels, such as our SOLAR CLEANER line machines and equipment. These machines are extremely versatile and fulfil the various requirements which crop up in this field of work. 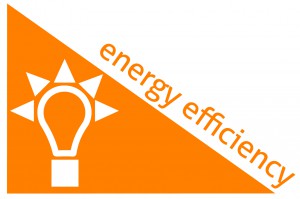 You will certainly have heard of photovoltaic panel performance. This article gives a brief explanation of what it is and how it is calculated, so that everyone can understand what a photovoltaic system is, not just those in the business.

In order to have standardised reference values for all manufacturers, the power of photovoltaic panels is calculated under Standard Test Conditions (STC), i.e. solar irradiance of 1000W/m2, a cell temperature of 25 ⁰C, and solar spectrum = 1.5 air mass.

Without going into detail, all you need to know is that all manufacturers test their panels to identify their power under the same conditions to get clear-cut data. The performance of a panel is the amount of solar energy it is able to convert into electrical power per surface unit, and always refers to the maximum performance under the STC conditions we mentioned earlier.

It is fairly easy to calculate the performance of a photovoltaic panel once you know the peak power and dimensions (measurements include the panel frames to give the overall dimensions of the module).

The following equation is used for this calculation (we have simplified the symbols for non-experts):

The power refers to the peak power expressed in W; the surface is the panel surface including the frame in square metres, 1000 is the solar irradiance of 1000W/m2, 100 is used to obtain the performance percentage.

The peak performance of the panel is 14.22%. This means that on a day with solar irradiation of the ground of 1000W/m2 and a temperature of 25 ⁰C, our panel will convert 14.22% of solar radiation into electrical power.  The dimensions and peak power are given in the panel technical specifications or on its labels.

We should specify that we are speaking only of the peak performance under Standard Test Conditions (STC) and of how to calculate it; we are not talking about the productivity of photovoltaic plants, which depends on far more complex factors.

We also need to add that if there are any problems of space, the panel performance level is of relative importance. More importantly, we have to take into account when the plants will be installed to maximise the greatest power possible over the available surface. In this case we cannot ignore the peak power per surface unit.

Cleaning the photovoltaic panels remains the best way to increase their efficiency and energy production.

How does a solar panel work? A solar panel transforms sunlight into electrical power by means of the so-called photovoltaic effect, without emitting any greenhouse gases. This technology truly has numerous advantages from an environmental point of view, although research will be introducing many more: particularly in terms of efficiency and cost.

A single, average-sized photovoltaic panel, measuring 1 metre by 1 and a half metres (and 2-3 cm thick) is capable of producing at least 200 watt of electrical power and is able to produce a peak power in excess of 300 watt.  Ten 300 watt PV panels electrically connected to each other constitute a classic, “standard” plant in Italy with a 3 kilowatt peak power, capable of producing an average of 3,300 kWh per year (in northern Italy) and up to 4,500 kWh per year (in southern Italy).

A photovoltaic panel works using photovoltaic cells. These are the basic elements which trigger the photovoltaic effect, the physical reaction able to produce energy from the sun.

Let us give you a brief introduction.

The sun has been irradiating energy on to the Earth for billions of years, providing an abundance of light and heat. To give you an idea: in less than an hour the sun sends our planet as much energy as the entire world population uses in a year. This gives you an idea of the sun’s enormous potential. It is estimated that every square metre of the sun’s surface irradiates the same amount of energy as 6,300 litres of diesel oil in one hour.

Without going in to too many technical details, we can briefly explain how a photovoltaic panel works. How does it produce electrical energy from sunlight? What is the physical mechanism?

Sunlight is converted into electricity inside the solar cells, which are electrically connected to each other to form the photovoltaic panel.

The cells are made of one of the most common materials found in nature: silicon. Technically speaking: solar grade silicon.

What is “solar grade silicon”?

This is the most popular material used today to produce photovoltaic cells and it is a component which does not exist in a pure state in nature, because it reacts with oxygen: in fact it is found naturally in the form of Silicon Oxide or other composites, such as sand, quartz and clay. The silicon is extracted from the mines and purified via specific chemical processes. The maximum level of purity, equal to 99.9%, is solar silicon. This is suitable for the photovoltaic industry.

A photovoltaic cell consists of two layers: a negatively doped layer and a positively doped layer. When sunlight hits the panel, the photons generate a physical reaction via different charges to create an electrical field of direct current.

So the photovoltaic panel provides direct current which, in order to be used by most appliances, has to be converted into alternating current by the inverter.

This is a summary of the physical mechanism behind how the photovoltaic cell works. Thanks to this physical reaction, each panel is able to generate direct electrical current, starting from the charge imbalance between the two layers of pure silicon.

We obviously need to clean the photovoltaic panels to increase their efficiency and energy production.